For decades, flooding was a way of life along the Grand Canal in the West Valley. Dozens of homes flooded between the 1960’s and 1990’s. Perhaps the most memorable event happened in 1963, when more than five inches of rain fell in the area around Campbell and 71st Avenues.  The same basic area flooded again after a big storm in 1992.

“In much of this area, the Grand Canal is contained by an embankment, elevated above the surrounding ground,” explained Scott Vogel with the Flood Control District of Maricopa County.  This created “a ‘dam’ that water ponds against, flooding homes on the upstream side and sometimes breaking through the canal embankment to flood homes on the downstream side.” 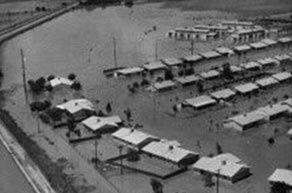 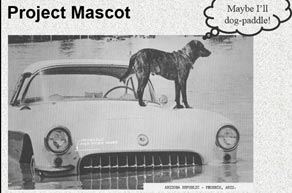 As the West Valley grew, the threat posed by flooding became more serious.  By 2000, the same area that flooded during the 1963 storm had more than 12,300 structures with a potential for $180 million in damages.

That’s why the Flood Control District decided to intervene.  The plan: partners with the Cities of Glendale and Phoenix to build a channel along the Grand Canal from 63rd Avenue to the Loop 101.

Completed in 2010, the channel captures storm water before it can flood homes and properties.  Vogel, the project manager, says the District also built storm drains along Camelback and Bethany Home Roads to further reduce flooding in the area and ease traffic problems during storms.  “The main function of the project is flood projection,” he explains, “but it also provides a greenbelt corridor for recreation, hiking, biking, and equestrians.”  It’s a flood control project that benefits the community whether it’s storming outside or not.

The new channel and drainage system was put to the test in September 2014 by the historic storm of September 2014 which brought more than four inches of rain to the area in just six hours.  All that rain would have caused major flood damage before, but the channel was able to capture all the run-off from the storm, protecting people and homes. 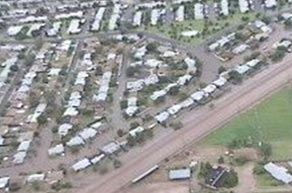 “There are a lot of things that government doesn’t need to do, but protecting lives and property, that’s our job,” said Supervisor Clint Hickman, District 4.  “This project had a clear positive impact in the West Valley, immediately lowering the risk of flooding in an area prone to it.  I have no doubt these neighborhoods in Glendale and Maryvale are safer because of the Flood Control District’s efforts.”