Moving the courts to where the people are. Providing equal access to justice and better service to all. Those are the goals of a series of capital projects consolidating justice courts across Maricopa County. The most recent of these projects, the Southwest Regional Court Center in Avondale completed in 2017, brought four courts together under one roof. 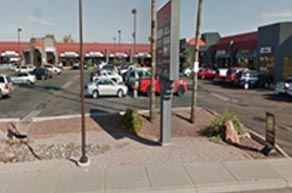 One of the courts, Agua Fria, was previously located in the back corner of a retail strip mall in Tolleson. Court Manager Lisa Collins started working there in 2008, and describes the building as “not very customer-friendly at all.”  When she got there, the service counter didn’t even have an open window for customers and staff to interact.  The hallways and hearing rooms were cramped, the infrastructure aging.  All of this contributed to the feeling, Collins says, that “this was not a place to be respected.” 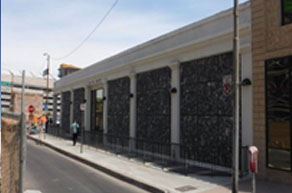 Another of the courts, Country Meadows, was housed in the basement of a building in downtown Phoenix, as much as a 20-mile drive from the farthest edge of the West Valley precinct it served. “The building was originally a parking garage which was later converted into a bank and then later used to house courts,” recalls Judge Anna Huberman. “But the basement always had the feeling of a garage, with columns in the middle of the court and the clerk area.”  Parking for court users was limited.  Judge Huberman said the court’s location even had an impact on the types of cases they heard.  “When Country Meadows was housed downtown in a basement, we were hard to find and we were close to the Phoenix City Court, the Downtown Justice Center and the Superior Court, so we had very few requests for orders of protection.”

The Southwest Regional Court Center features a secure protective order space and judges who are on call to handle those cases.  Judge Huberman believes more people use the new consolidated court because it’s closer to where they live.

Collins says the building is a place she can be “brag about to customers” and Huberman praises the “environment of collaboration and sharing.”

“Plain and simple, this regional court center allows the county to provide better service to West Valley residents dealing with traffic tickets, landlord-tenant disputes, or other small claims,” said Supervisor Steve Gallardo, District 5.  “The added benefit is we are saving more than half a million dollars a year for our taxpayers by not having to lease space for these courts.”